At first glance, tennis balls can definitely fool many into thinking they have a bright green color. However, officially, tennis balls come in a color known as “optic yellow”. Their color has also been referred to as “electric lime” or “fluorescent yellow” as well. Whatever it may be, there is a reason behind why they are colored the way they are.

In this article, we will make sure that you finally understand what color exactly they are and why that is. Just know that the color isn’t green. Well, not in professional tournaments at least. Players who play tennis as a hobby can even get blue, orange, or any other color tennis balls. As important as their color may be, it’s not the most important factor for producing the best tennis balls ever in terms of quality.

Main Reason for the Color of Tennis Balls 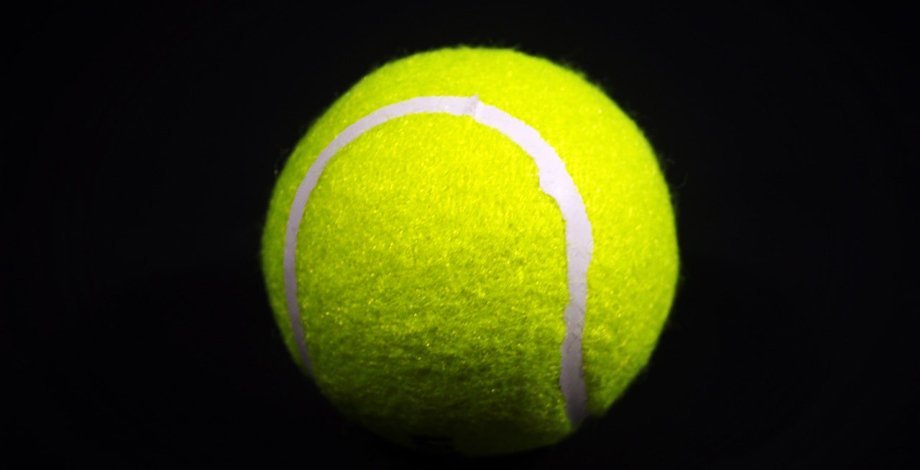 The story behind this isn’t at all complicated. When asked “why are tennis balls yellow?” there aren’t many reasons that explain this. According to the ITF (International Tennis Federation), there is only one reason why they decided the color of tennis balls to officially be yellow.

The reason is visibility. Ever since TVs started showing colors and not just black and white, people started noticing that it was hard to track the white or black ball on the court. Initially, most tennis balls came in white color. This made it hard for viewers and many watching live at the courts to see where the ball landed. It was most difficult to see when the ball landed close to the white lines.

Something had to be done, so the ITF started conducting a study to discover which color would be most suitable for this. After a few tests, they determined that the color yellow was the one with the best results. It was most visible and the human eye could react fastest to this type of color. That’s also the reason why most school buses are yellow, so everyone would react fastest to an approaching vehicle full of children.

Even famous professional tennis players like Roger Federer have talked about this on camera and have said that tennis balls are yellow. Not that you want to believe everything celebrities tell you, but since he is one of the best tennis players out there who knows his tennis equipment, and the fact that science has backed this, it’s surely safe to say that tennis balls are more yellow than any other color.

The two colors people argue about most are yellow and green. It all comes down to perspective, and how individuals see the color. However, there are a few things that influence how they see things. The popular sports blogging network owned by Vox Media, SB Nation, conducted a study to reveal how many people see tennis balls as green and how many see their true color, which is yellow. 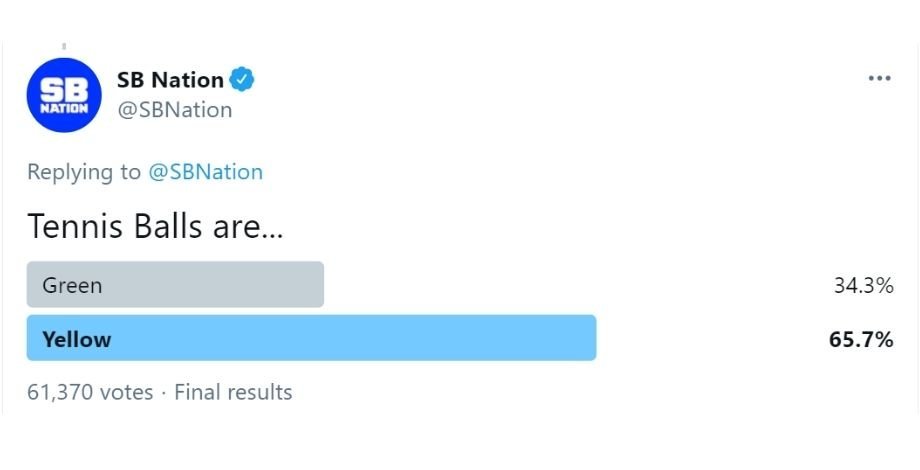 So what decides whether a person sees the ball as yellow or green? There can be a few factors. One exciting study showed that whether you’re an early bird or a night owl can have an effect on how your brain perceives colors.

Early birds experience more natural blue daylight, making them see reduced cold colors. This forces early birds to see tennis balls more clearly as yellow. Night owls, on the other hand, are exposed to artificial light for most of their time. This causes them to discount warm colors, allowing the green colors of the tennis ball to take over.

As you can see, there are a few reasons behind the tennis ball color confusion. The main reason, however, is because of visibility. It’s crucial that everyone sees an important part of tennis, such as the tennis ball, clearly. Because of this, it was found that the yellow color showed the best performance.