Pickleball vs Tennis. What’s The Difference?

Sports like ping pong, badminton, tennis, racquetball, and a few more can look extremely alike to the naked eye. However, the pros and those who have tried a bit of all know that there are a few pretty significant differences between the bunch. In this article, we’ll focus on comparing two of these popular sports. Pickleball vs. tennis – let the games begin.

The following comparison of these sports will be based on things that really matter and on questions people want to know most about. This includes things like which sport is easier, which one can you get the hang of faster, which one is more expensive to play, and more. So, let’s check out a few of the main differences when it comes to pickleball vs. tennis.

Fundamental Differences Between Pickleball and Tennis

Before you can really determine which sport is better for you and why, we will need to say a few words about both initially. Because of this, let’s first learn the basics of both pickleball and tennis before we can continue any further. 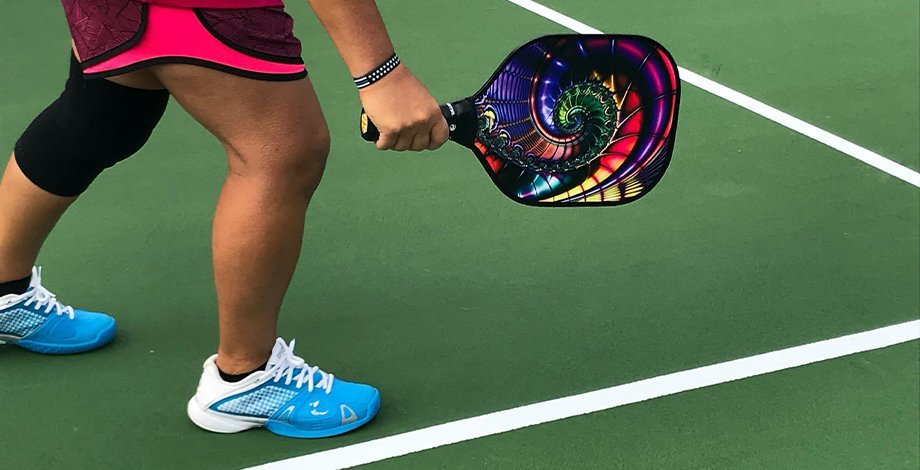 The sports are also different in terms of paddles or rackets. Pickleball is played with paddles. Some time ago, it was actually played with ping pong paddles. However, now the sport has its own pickleball paddles that resemble a more square shape.

Regarding points, a pickleball is actually similar to ping pong. Each match is usually played until the first to score 11 points. In competitive games, this limit can change to 15 and even 21 points. 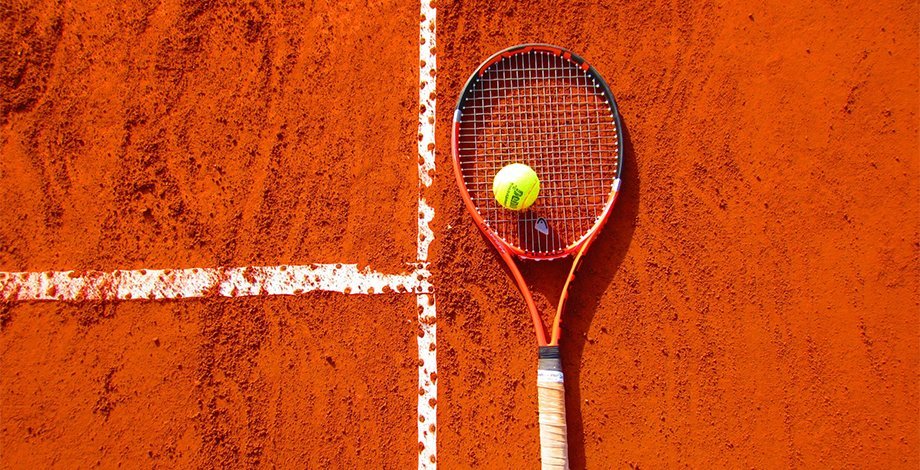 The tennis court dimensions measure at 60’ wide and 120’ long, making it much larger than pickleball’s court. However, the lines for these two types of courts are almost identical. Unlike pickleball, which can be played comfortably on indoor basketball courts, tennis does require a unique field with more space.

We established that pickleball is played with unique paddles. However, tennis is a game played with special tennis rackets. These rackets might look similar to those for badminton, but a tennis racket is much stronger and sturdier, making it durable enough to withstand a strong blow of a tennis ball.

Which Sport Is Easier?

Generally, no sport is easy to master. It always takes a lot of practice and learning the game to become amazing at it. However, when comparisons are made, there are simply some easier sports than others.

You can’t expect to compare two sports, such as ice hockey and ping pong, and expect both of them to be rated the same in terms of how easy it is to play them. Having said this, pickleball and tennis can be compared and determined which one is easier after you decide what you consider as easy.

Let me cut to the chase and say this. If you want to avoid the hard work it takes to build stamina and speed for playing tennis at your best, you should stick to pickleball as it is a less athletic sport and not as demanding as tennis.

Don’t get me wrong. Pickleball has its own difficulties as well. Planning and strategy are important, but being ready and sharpening your reflexes to catch the ball is also as important. However, pickleball is a sport that is primarily played in doubles, which does take some of the load off. The rules and court size are left completely unchanged for both singles and doubles, as well.

Which Is More Beginner Friendly?

This one might be the easiest question to answer. If you’ve watched professional tennis matches and heard the players scream when hitting the ball from time to time, then you must know that it takes strength to be a great tennis player. Although this isn’t impossible, it will take you more time and hard work to become great at tennis.

Pickleball is less challenging and less demanding than tennis. The balls are lighter, the paddles are easier to command, the court is significantly smaller in size, and you don’t need to be as fit as tennis requires. On top of that, playing pickleball isn’t as half as hard on your knees as it is while playing tennis. So yes, it will take a lot more to get exhausted playing pickleball than tennis.

Which is the More Expensive Sport? 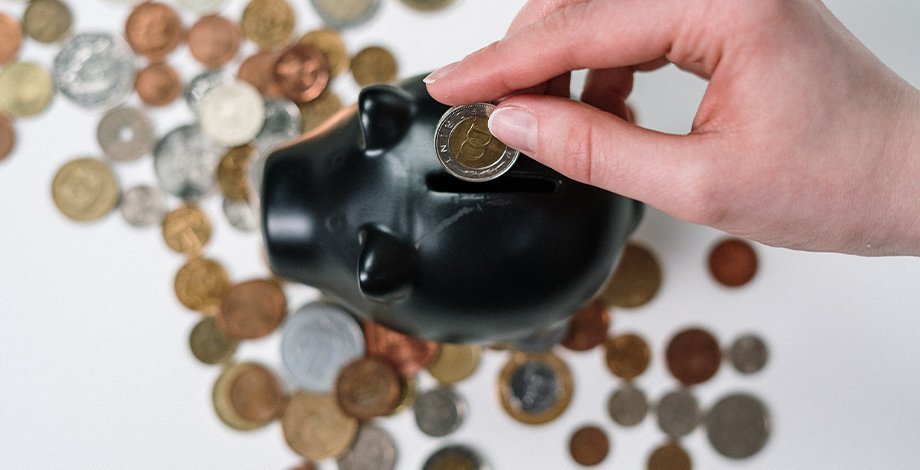 If you had to guess, you’d probably say that buying equipment and handling other necessary costs would likely be pricier for tennis. Surprisingly enough, the cost of both pickleball and tennis rounds up to pretty much the same.

Why is that? Well, let’s compare. Most tennis courts can be found and used for free. However, pickleball courts usually belong to private clubs and aren’t as common as tennis courts, meaning you will have to pay to play. On the bright side, pickleball equipment is less expensive, as you can find relatively inexpensive pickleball paddles, but a decent one can cost $100+. Decent tennis rackets won’t cost you less than $60 and can go as high as $300.

Which Is More Competitive – Pickleball or Tennis?

Finally, let’s examine which sport can get you bigger and more satisfying results if you decide to train to become a pro. In the competitive world, both tennis and pickleball are amazing sports to play, as well as watch.

Even though tennis has a huge number of players worldwide, pickleball has been growing in popularity at an alarming rate. The sport has seen a 650% increase in players over the past six years in the US alone.

It’s safe to say that both sports are very competitive and won’t stop growing in popularity anytime soon. Even though tennis doesn’t beat soccer, which is among the most competitive sports globally, it’s still pretty high up on the list. However, pickleball might not be as competitive as tennis but don’t think that you can handle playing it without a lot of training and practice. 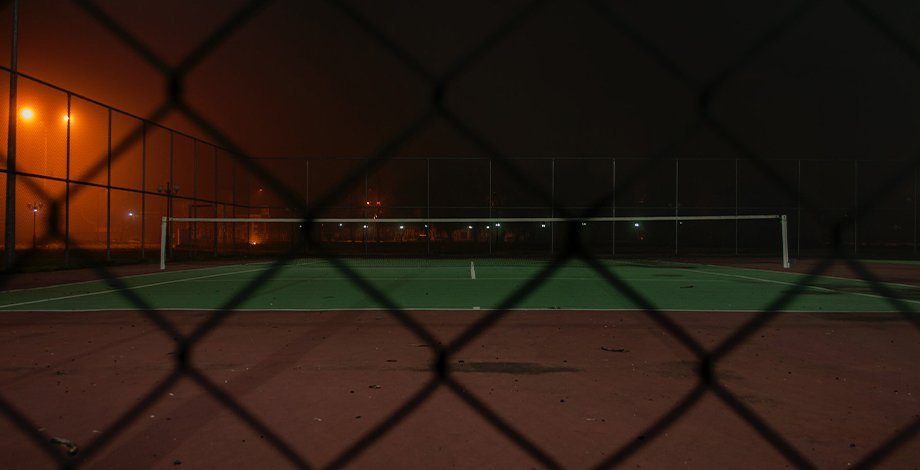 Both pickleball and tennis are amazing sports for both playing individually and as doubles with your partner. It’s easy to see why tennis has so many players and why pickleball is growing so rapidly. When it comes to comparing pickleball vs. tennis, it all depends on personal taste as the two sports aren’t extremely different. Hopefully, learning about a few of the most essential differences was able to make you understand more about what these sports will ask of you.