If you’re looking for ways to quickly improve your tennis game, you probably already know all the benefits this exciting sport can bring. However, it may be hard to progress if you’re doing the same inefficient drills over and over.

Picture this – you start playing tennis together with some buddies. They do their own thing and you start practicing the tennis drills for beginners we’re going to show you here that are designed for maximum improvement over a short period of time. You start getting better and better, and soon none of your buddies are able to match you. It sure sounds nice, and with enough hard work, you can achieve the same.

So, let’s check out these amazing tennis drills for beginners that will set you on the right path.

Getting the Hang of Tennis

Before you start practicing more technical skills like serving and returning the ball, you will need to learn the court, get the feel of the racket, and see how much you can take as a beginner. Here are a few basic but highly effective tennis drills for doing exactly the same. 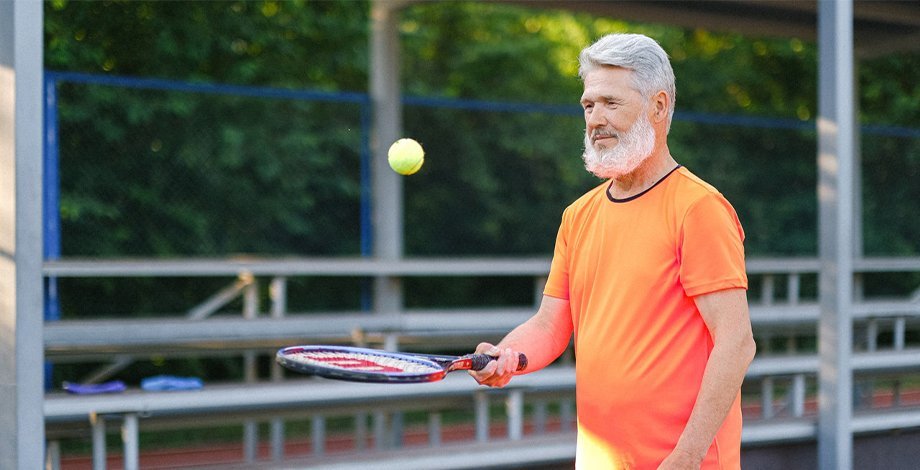 A great way to start things off is to run across the court a few times or run alongside the lines. This is a basic technique that is also called “Running the Lines”. However, this is up to you as it is simply a tennis warm-up. It won’t get anything major done except for getting the blood flowing, which is still important.

After you’ve done that, the Frying Pan exercise is one of the best ways to learn how to hold the racket and get the feel of the tennis ball. This technique requires holding the tennis racket like a frying pan and bouncing the ball up and down. Once you’ve gotten the hang of that, it’s time to take things up a notch.

Now we combine “Running the Lines” and “The Frying Pan” tennis drills. Keep bouncing the ball up and down on your racket and start moving alongside the lines of the tennis court. As you get better at it, keep walking faster to improve balance and coordination.

Another one of the popular basics is to dribble the ball, which basically means hitting it with the racket and bouncing it against the floor. You’d be surprised by how easily the ball can get away, which is why this exercise is very important for beginners. Don’t worry about how to hold the tennis racket or types of backhand and forehand grips professional use. All we need to do now is keep improving control over the ball with our racket.

Let’s take our training to the next level and find out how to actually return the ball to our opponent. This isn’t as hard as it looks, as we now have better control over the ball from the previous drills and need to learn how much force it requires to return the ball properly.

One of the easiest backhand and forehand drills for beginners is to bounce the ball off a wall and keep doing so until you simply don’t miss a shot. Keep in mind that, at first, you won’t have much feel of how hard you should hit it or at what angle but this will come naturally and quickly as you hit and see where the ball bounces back.

Each new hit will help you adjust accordingly and make it as you’re playing against another person who is returning each ball to you perfectly. This can be applied both to backhand and forehand grips. Once you’ve gotten the hang of returning the ball, then you can start focusing on learning all of the types of tennis shots that exist and practicing them later on.

Next, let’s include another person this time who will be helping out. You still won’t be practicing with an opponent as the other person will simply be throwing you the ball. Get someone who is experienced in tennis to throw you a perfect ball for both backhand and forehand.

Try returning the ball inside the court, it doesn’t matter where you aim, just make sure it is inside the court. This will further teach you about speed and power. After you’ve perfected this and can easily return the ball within the court, then we can start practicing aim.

Ball control, fast reactions, and hitting force are all important when it comes to playing tennis effectively. But now let’s find out how to practice aim, as this will determine whether you score a point over your opponent for a large portion of the match.

For aim training, you will need another person to help you. But this time, they won’t be throwing you the ball, as they will keep returning it to you from the other side of the court with their racket. Since you now know how to return, try aiming the ball in the opposite direction from where they shot the ball towards you. This will give them less time to position themselves and hopefully score an easy point for you. 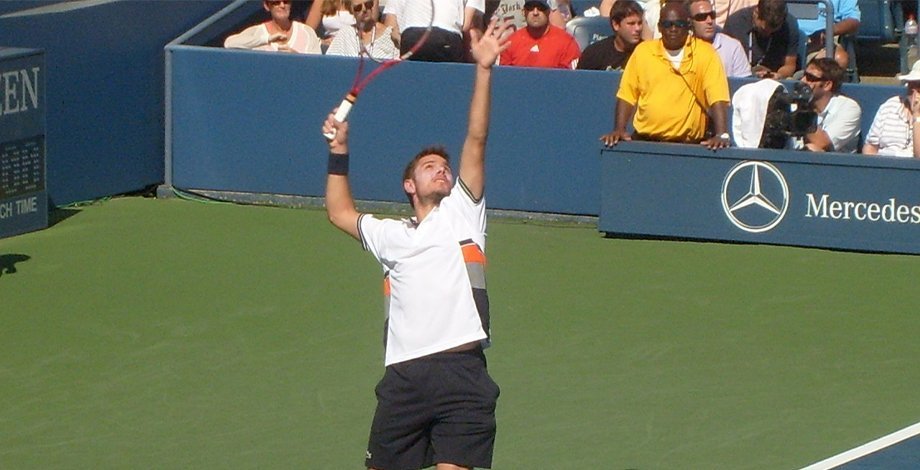 For many players, the service can be one of the most intimidating parts. This is mainly because it involves a lot more to think about than anything else. It can be difficult to improve your tennis serve but these beginner tactics will definitely set you on the right path.

Remember to train serving last, as you need the ball control and feel practice from the other drills to get this right. Tossing the ball is among the first crucial steps of serving. Throw it directly above you and try not to use too much force. Simply gently push it above your head while extending your entire arm and hit when it starts falling down.

We will now combine our aim training and the knowledge of how hard to hit the ball in order to make a successful serve. Forget about technique as a beginner, as all you need to do now is get the tennis ball to land in the ad or deuce court. As you hit more balls, you will get the hang of how much force to use in order to be successful. Keep in mind that you can’t yet practice professional serves as a beginner, as we need to take things step by step by doing these drills.